Children’s Hospice South West was nominated by Bandvulc’s Charity Team as the company’s main charity for 2019 and a number of fundraising activities have taken place during the course of the year. The most recent event has been the CHSW £50 Challenge ‘Get Nifty with your Fifty’. Two Bandvulc teams stepped up to the mark and were each given £50 and 50 days to turn this money into as much as possible! They certainly rose to the challenge achieving a grand total of £2.701.50. 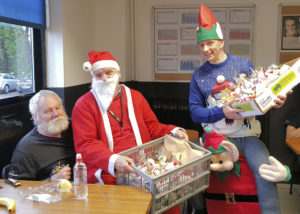 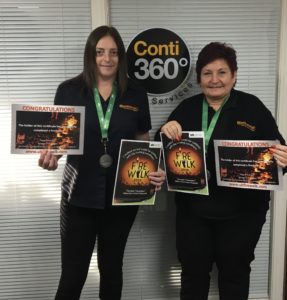 BV GALAHAD FRONT OFFICE TEAM raised £1,655.00 with an intrepid Firewalk at Kitley House plus one brave person volunteered to have her head shaved!  This raised an incr-head-ible £722.50, more than double her target of £300. Other fundraising activities included closed bid auctions for Turtle Bay Restaurant and Jury’s Inn, cake sales and ‘guess the sweets’. 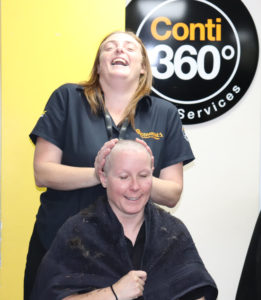 It’s been great to see the results of so many people working together to make as much money as possible for such a worthwhile cause. With £2,908 raised at the Jail & Bail event in March 2019 plus a direct donation at the beginning of the year, Bandvulc is pleased to have donated more than £6,600 to CHSW in the past twelve months.