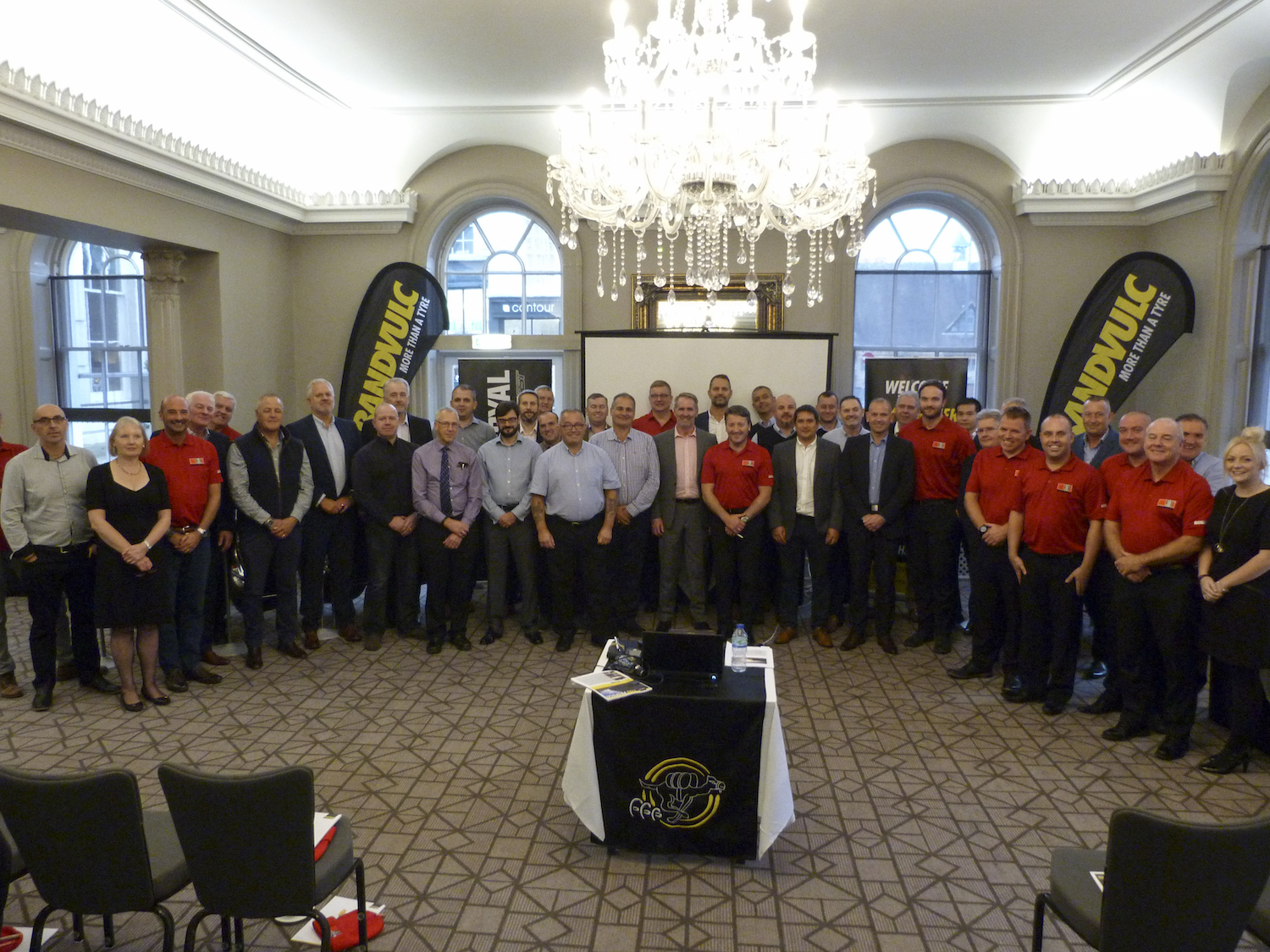 Bandvulc recently hosted its annual Key Partner Conference for service providers with one of the key features being the Uniroyal range of tyres for which Bandvulc is the sole UK distributor. Bandvulc’s Key Partner Network makes up over 80% of Bandvulc BVPlus+ fleet coverage, providing an outstanding service across the UK to its end-users.

Bandvulc has developed its relationship with Key Partners over many years and is always looking to grow and expand its fleet business. Its Key Partner Network now consists of 24 members nationally, meaning that its coverage across the UK and N. Ireland is 100%.

The conference was hosted at the Queens Hotel in Cheltenham and an opening address was given by Arthur Gregg, BV Group MD. Mat Wilkinson, Commercial Director, Continental Tyre Group, then gave an overview and update on Uniroyal, in particular the new generation of truck tyres which has seen substantial investment and more than 25 new and innovative products between 2015 – 2017.

This was followed by Phil West, BV Group Commercial Director who enlarged on the strengthening of the Bandvulc brand by Continental’s ownership. This enables the Group to look at its offering beyond tyres and fleet management to diverse areas including vehicle dynamics, Advanced Driver Assistance Systems (ADAS) and Intelligent Transportation Systems, to name but a few. Other key personnel also provided updates on key business information and upcoming innovations, including; Uniroyal wholesale through BVF1rst, BVPlus+ Fleet Management and the latest technology being introduced over the next 2 years, innovations that will help to drive efficiencies across its network.

Mark Holloway, Commercial Integration Manager BV, then gave a review of sales for 2017 which he was happy to report have exceeded expectations. The audience were also shown mileage performance data which, versus the competition, was very encouraging. With double digit growth in BVPlus+ Fleet Management and BVF1RST (Bandvulc’s tyre wholesale division) it is clear that Bandvulc’s Key Partner Network is just as motivated as Bandvulc to provide an unrivalled tyre fleet service throughout the UK; this can only drive the BVPlus+ Fleet Management to new heights over the coming months and years.

Following the engaging presentations, Bandvulc’s Key Partners were treated to a visit to the Brewhouse & Kitchen where dealers were given the opportunity to test their knowledge of craft beers. They were asked to open their mind to a world of beer during the Masterclass, by participating in a beer tasting session, combined with an education from the head brewer and of course the competitiveness of a quiz on what they had learnt. We think it is fair to say everyone had a great time!